Hordes of bat-like demons wielding sharp pitchforks, legions of the white souls of the blessed floating in the sky, Paolo and Francesca who glide down from on high and remain suspended in mid-air, Bertrand de Born holding up his severed head and finally a gigantic fire-eating Lucifer who devours diaphanous and transparent cadavers. Adolfo Padovan , Francesco Bertolini and Giuseppe De Liguoro certainly spared no expense for their special effects. In 1911 these two pioneering directors filmed “Inferno”, the first true feature-film in the history of Italian cinema. It was an unprecedented colossal based on the text of the first episode of Dante’s Divine Comedy and the famous 19th century engravings by Gustav Dorè. 71 minutes in length, it took them 3 years of filming, 150 actors and extras, 100 sets, an investment of 300,000 liras and an advertising campaign that lasted for over a year. It also had a completely international distribution all over Europe and the United States, where the film made 2 million dollars at the box office. Having reinvented the soundtracks of “The Last Days of Pompeii” and “The Cabinet of Dr. Caligari” the four creators of the sound of Edison Studio have now produced a “perfect” soundtrack for the most visionary of all Italian silent movies. The restoration of “Inferno” has been carried out by Cineteca del Comune di Bologna from a nitrate print preserved at BFI National Archive in London and from two safety duplicate negative held by Danske Film Institute in Copenhagen and Bulgarska Nacionalna Filmoteka in Sofia. Useful information has been also obtained from the copies preserved at Library of Congress in Washington, UCLA Film and Television Archive in Los Angeles, American Film Institute and Geaorge Eastman House in Rochester.

Titles have been reconstructed from the originals discovered in the copy held by Bulgarska Nacionaln Filmoteka. The restoration has been carried out in 2007 at L’Immagine Ritrovata laboratory.

Edison StudioEdison Studio is a collective of composers founded in 1993 by Mauro Cardi, Luigi Ceccarelli, Fabio Cifariello Ciardi and Alessandro Cipriani with the aim of combining personal creative and productive skills for the creation of musical works in relation to the visual arts and through live performance.

Since 1993, Edison Studio's productions have been commissioned by numerous international festivals (ICMC Singapore, Ravenna Festival, Redcat Los Angeles, Union of Russian Composers) and performed live by the authors themselves using the most innovative electroacoustic techniques both in musical creation and production. concerts. 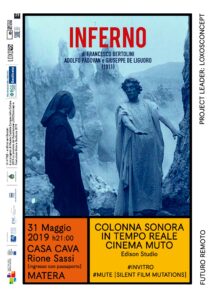 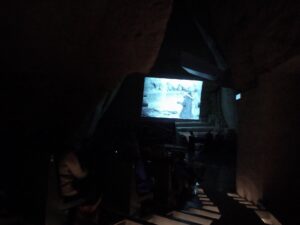 We use cookies to offer you the best experience on our website.
You can find out more about which cookies we are using or deactivate in